Something I've always struggled with in my life is remembering to water plants and keeping them alive for any period of time. But I must say that since moving here I have been quite successful with my flower garden. However that may just be because I've thrown a box of dollar store wild flower seeds into the ground and don't have to water them... 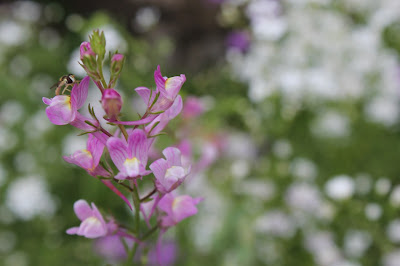 But, nonetheless, they do encourage happiness when I step out my front door every morning. Also, I've chosen to keep cactuses in my window after hearing rumors that they are practically impossible to kill. 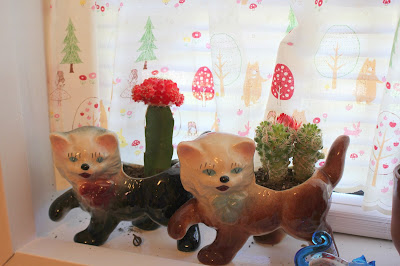 So I do believe these small steps should lead to me having a very green thumb. Also I found an awesome use for those Gluhwein mugs that I'm never actually going to use. 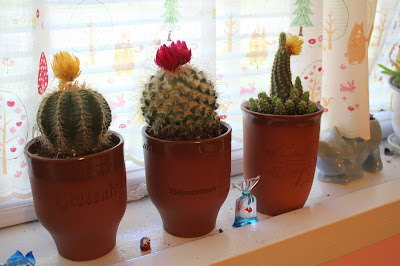 After accomplishing the ability to keep flowers alive I have taken things a step further and adopted a little kitten. Well actually I have two now... as it turns out if I find one or someone hands me one and implies that it is likely to die unless I take it, I can't say no. (It's also how I got stuck feeding a couple of baby sparrows every two hours, they lived and have long since flown off, but I forgot to take pictures)﻿ 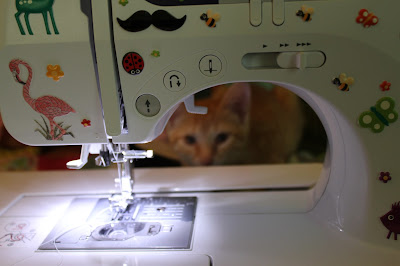 My kittens are impossible to take pictures of as it turns out, but I managed to sneak a crummy one of this guy while he was watching me sew. The other little one is black with longer hair who I found while bourbon trailing, and was way to young to be out on her own and abandoned.
Finally... I have way to much fabric! I never thought I would say that but it is very true. So, I've set up a destash on Etsy with some that I'm letting go. If you want to check it out just head over to https://www.etsy.com/shop/goodbyelovelies.

This is a Flickr badge showing public photos and videos from theknicksofknacks. Make your own badge here.